In this endearing story of break-up anguish, Desiree Akhavan channels the sharp whimsy of Annie Hall with the raw power of Blue is the Warmest Colour. The themes here are no less weighty than in the latter film, but the approach is far lighter.

The precedent for Appropriate Behaviour is set as Shirin (Akhavan) storms from her girlfriend’s house and begins marching down Brooklyn’s streets, strap-on in hand. From there, she is left observing the absurdity that life becomes when a long-term partner is suddenly gone. Moments from the couple’s past are woven into the film, providing relief from Shirin’s isolated torment and cementing their relationship firmly in the past. Going forward, the focus remains on two principle acts: ‘moving on’ and ‘coming out’.

‘Coming out’ comes with its own set of obstacles. Not only does Shirin face coming out to her Iranian parents, she must also repeatedly defend her bisexual position with her gay friends. In this dynamic, Akhavan deliberates on acceptance and sexuality within the comedy genre. What’s more impressive, she succeeds in considering each issue without stifling the laughs, which remain constant throughout.

Those familiar with Girls may recognise Akhavan from a recurring cameo role in the show, and the humour here is not dissimilar to Lena Dunham’s own brand of brash, semi-autobiographical comedy. What Akhavan brings to this shtick is an uncompromising freshness that defies her two obvious identities: her Iranian-American, and her twentysomething bisexual self. We could probably throw her hip New York socialite identity into the mix while we’re at it.

The film’s ability to evade all these clichés is probably down to its superbly written script, for which Akhavan is also responsible. Entertaining, edgy and idiosyncratic, the writing delivers lines that catch you off-guard, keeping your attention as the narrative skips around (at times a little turbulently).

Akhavan’s brilliantly expressive facial gestures are also responsible for holding the eye, and it’s one you can certainly expect to see more of in the future. 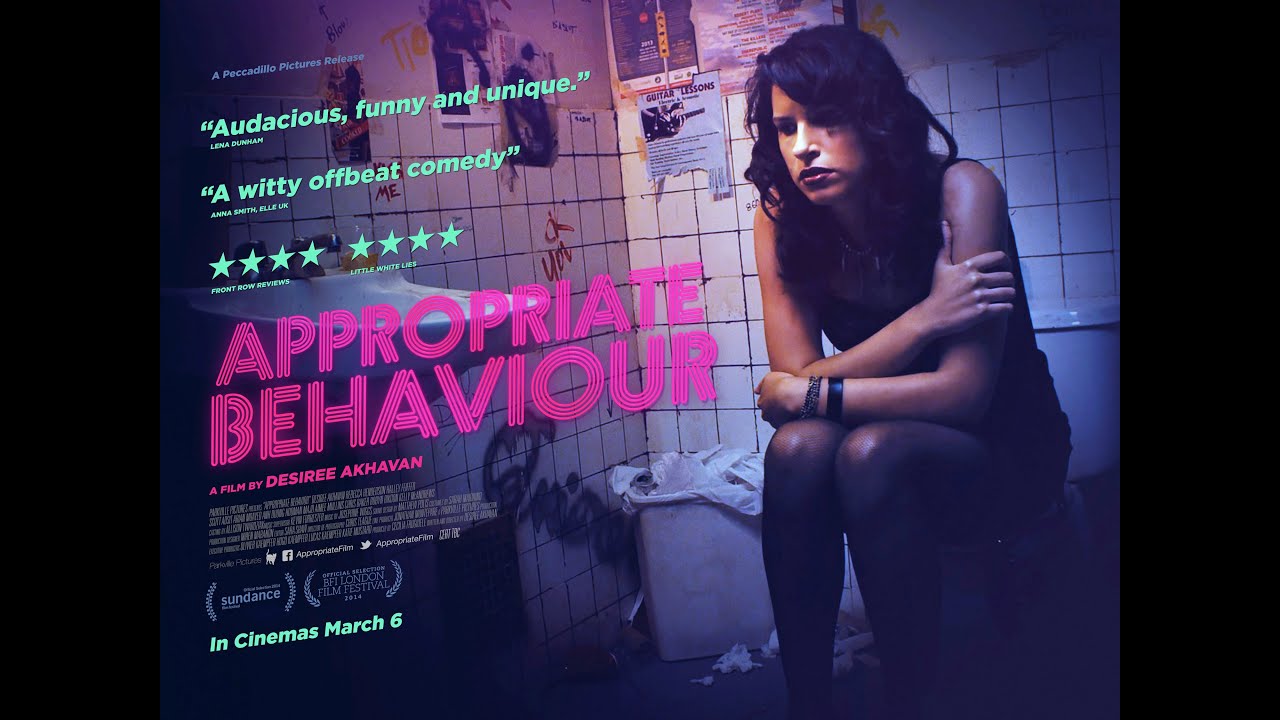 Appropriate Behaviour is out on 6 March 2015