“She has done for me at last, Rachel my torment.” The last words of Ambrose Ashley, cousin and much-loved guardian of protagonist Philip, are at the heart of the compelling mystery of Daphne du Maurier’s 1951 bestseller, My Cousin Rachel. Having travelled to Italy to combat ill health, Ambrose falls in love and marries the bewitching widow Rachel. But before he can return to Cornwall with his bride, Ambrose is dead and Philip is left to wonder whether his cousin’s letters are the ravings of a man afflicted by a brain tumour or the desperate plea of a husband whose wife has poisoned him.

The new adaptation, released in cinemas on June 9, starring Rachel Weisz in the title role and Sam Claflin as Philip, opens by asking the audience: “Did she? Didn’t she? Who’s to blame?” And these questions remain as a persistent but delicious torment to the viewer long after the film has ended.

According to publicity material I was given when I attended a press screening of the film, when Weisz first read the script she immediately asked director Roger Michell, who also adapted the novel for the screen, whether or not Rachel was innocent. Michell replied that he didn’t know and he didn’t want to know – and this is the central ambiguity that drives the plot of My Cousin Rachel and makes Rachel’s character endlessly fascinating and seductive.

Daphne du Maurier herself could not have answered this question. The novel is written in the first person from the perspective of Philip Ashley, who is consumed by hatred for the woman who caused his cousin’s demise, until she arrives in Cornwall – when he slowly but surely becomes fascinated and fatally obsessed with the inscrutable Rachel. In a letter of 1951, du Maurier admitted that while writing the novel she turned herself “so completely into Philip that I was beguiled, and she could have poisoned the entire world, I would not have minded”.

Weisz’s portrayal of her namesake perfectly captures the ambiguity of the character. Beautiful, exotic, and mesmerising, Rachel turns Philip’s world upside down. When it comes to women, Philip is inexperienced and immature – and not only is Rachel not the wicked witch he has been expecting, she is a woman whose moods, passions, and motives cannot be easily pinned down.

The film is deft in its replication of Philip’s perspective but it also gives Rachel a powerful voice and presence of her own. This is striking in the scene when Philip lays eyes upon Rachel for the first time. Lingering on Philip’s face as he enters Rachel’s room, the unbearable tension is broken by shock at her exquisite beauty. But just as quickly we are reminded that Rachel is meeting her husband’s heir for the first time. As Weisz clatters her teacup and saucer, gasping “Ambrose”, we realise that she has come face-to-face with a man who resembles her husband as he would have been, years before she knew him. 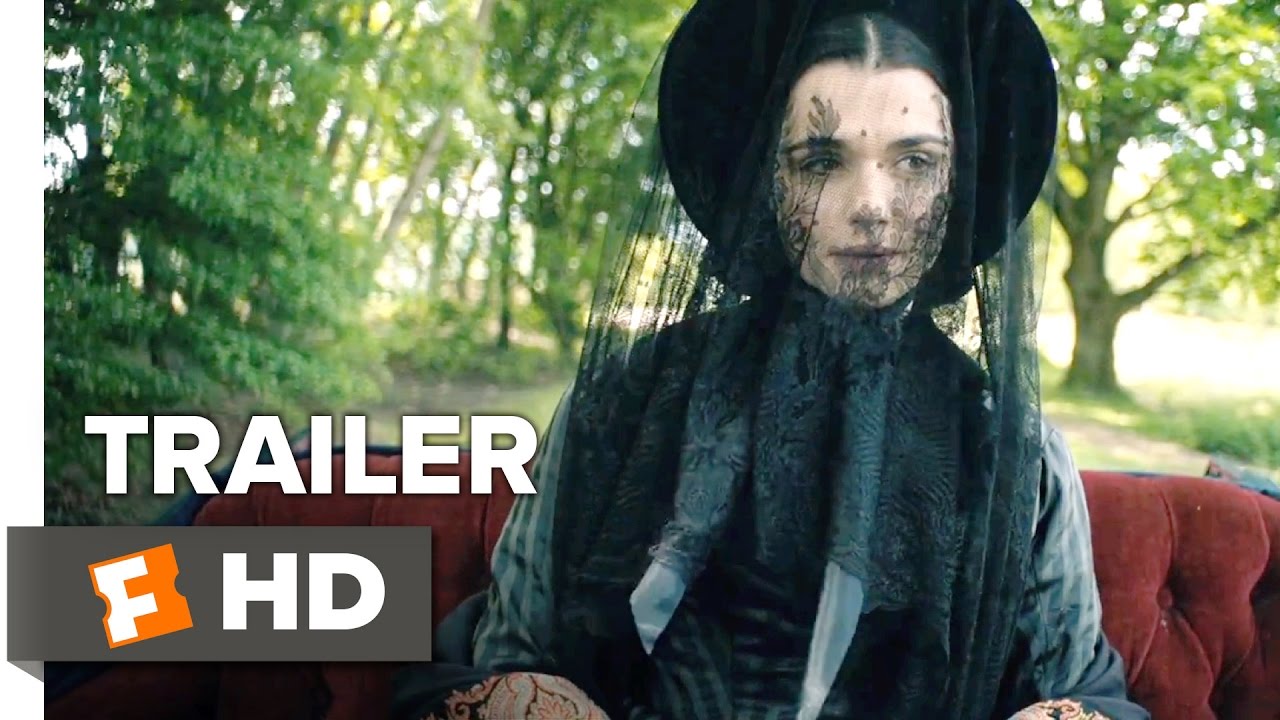 Philip’s naivety is accompanied by intense passions in the novel and Claflin’s performance adroitly combines a charming boyishness with a far more dangerous anger. The threat and menace in du Maurier’s novel is not merely to be found in the tisanas (herbal infusions) that Rachel brews up – but in the misogyny that drives the Ashley men’s views of Rachel.

Michell recognises that du Maurier is asking important questions about “women’s freedom in a man’s world” and comments that he wanted “Rachel to feel in part like a woman from 2017 who parachuted into that world … the woman who fell from Earth”. Michell pens lines for Rachel in which she asserts her desire for independence, powerfully demanding of Philip: “Can you not let me be a woman in my own right?”, “Why can I not make a life of my own?” As a bold and independent woman herself, du Maurier would have been delighted to see this fundamental theme of her work made explicit in the adaptation.

More disturbing, however, is the film’s depiction of the sexual relations between Philip and Rachel. The novel, true to its own essential ambiguity, leaves this to the reader’s imagination. In one scene, when Philip kisses Rachel in the woods, Philip remarks that he “kissed the rest of her as I had wanted to do for long hours past, and once again she was without defence”. The film seizes this hint and portrays the sex scene among the bluebells as uncomfortably close to rape.

Cousin Rachel is, indeed, without defence in both film and novel. Arriving in a foreign country to the house that could have been her own, she encounters a man who looks like her deceased husband and begins to act like him too. In a powerful scene at the end of the film, confronted by an enraged Philip, Rachel brandishes a poker and weeps that history is repeating itself. But Rachel herself may have had a hand in that repetition as she brews her sinister-looking tisanas and Philip appears to succumb to the same brain fever as Ambrose.

“Some women”, declares Philip’s godfather Nick Kendall (played by Game of Thrones’ star Iain Glenn) “impel disaster. Whatever they touch somehow turns to tragedy.” The tragedy that unfolds is brought to the screen with the same compelling drama, irresistible mystery and seductive charm of du Maurier’s novel. “Did she? Didn’t she?” It’s up to the audience to decide and it is testament to du Maurier’s powerful story telling that they will be debating this very question long after the credits roll.

Dr Laura Varnam is a Lecturer in English at University College, Oxford. She is an expert in the life and works of Daphne du Maurier and she is currently writing a book on the author. Laura can be found tweeting here @lauravarnam