Tiffany Haddish (star of Girls’ Trip) and Andy Serkis (War of the Planet of the Apes) co-hosted the 2018 Oscar nominations broadcast in anticipation of the 90th Academy Awards in March. Haddish is the breakout star of one of the summer’s biggest blockbusters, tipped for success this award’s season. Serkis, meanwhile, is a phenomenally successful actor, but one whose face is not always seen on screen – despite a lengthy list of acting credits.

But instead of discussing whether Serkis could win the Best Actor or Supporting Actor category we, once again, are forced to ask if he could even be nominated under the current system. And social media is full of people asking the same question.

Serkis is a master of motion capture acting. He is Gollum in The Lord of the Rings trilogy, he is King Kong, he is Snoke in the latest Star Wars films, and – perhaps most impressively – he is Caesar, the intelligent chimpanzee who is integral to the recent cycle of Planet of the Apes movies. The trilogy reimagines Planet of the Apes (a franchise that turns 50 this year) for a new, techno-scientifically engaged audience.

Now based in believable (if not entirely accurate) science, the new movies are told from the apes’ perspective – which means that the narrative and emotional core of these movies lie, not with the humans, but on the (uncannily realistic) furry shoulders of Caesar/Serkis.

One of the most impressive things about Serkis’s motion capture performances is that it is possible to forget that it’s him underneath all of the technology and visual artistry. He is subsumed into the character – but unlike an animation, he is not just providing the voice, but rather a nuanced performance that is seen through each subtle movement across the simian creations’ face and body alongside his vocal performance, which skilfully matures with the characterisation.

As Caesar, Serkis has convincingly created a character who develops from being a vulnerable baby chimp, slowly and visibly gaining personality as he attains sentience, to a fully realised leader of a revolution and a saviour for an emerging ape race which has inherited the Earth from arrogant, rapacious humans.

Of course, without the technology and technicians behind the scenes, the apes would not exist – but without the highly developed skills of the performer the necessary raw data on which to build the character would be absent or inferior, too. In the case of Serkis, the actor cannot be separated from the ape – Caesar may be the product of the expertise of many hundreds of people, but the performance that underpins him is undeniably Serkis’s.

Serkis has come to speak for and almost entirely embody the technological creations generated by motion capture and the VFX teams who work at companies such as Weta Digital, the home of the VFX teams behind the recent Planet of the Apes trilogy. They not only bring the work of actors such as Serkis to the screen, but their skills are evident in every detail of the film – from a delicate snowflake on an ape’s eyelash to a computer-generated avalanche. Serkis has constructed a discourse, alongside other industry professionals and marketers, that positions him as the creative core of motion capture technology. 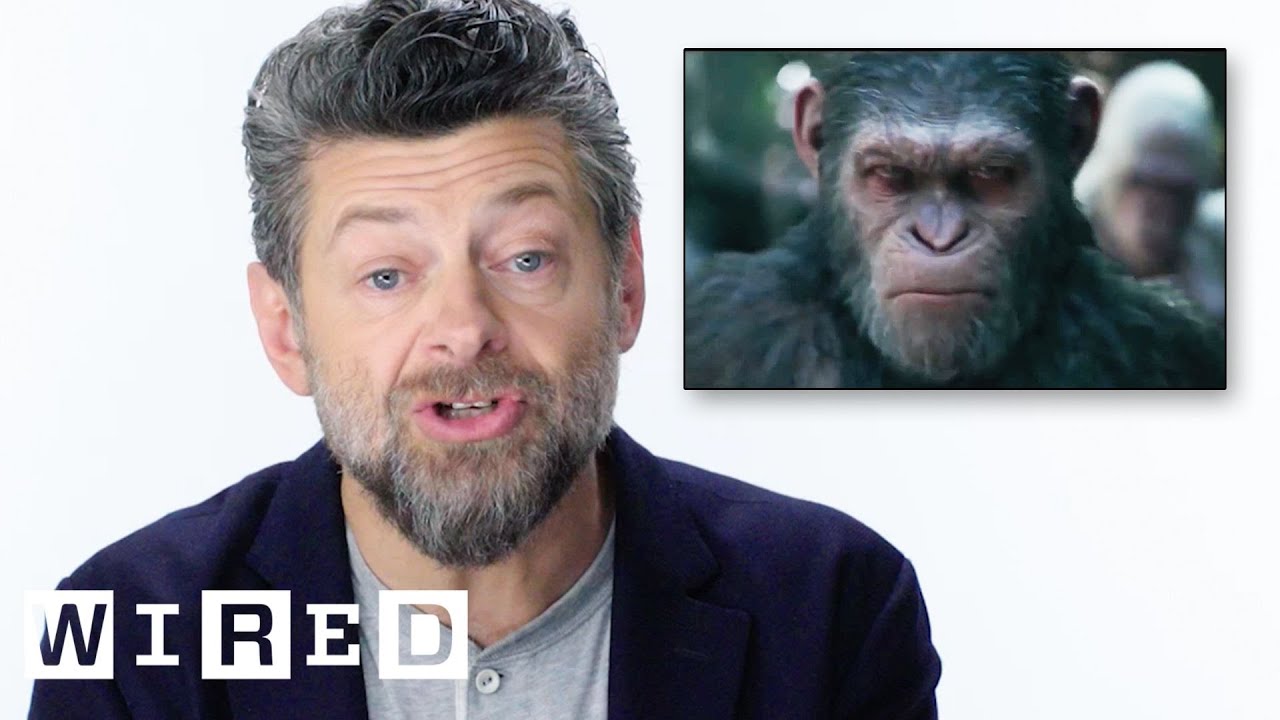 But does making Andy Serkis the motion capture posterchild undermine and even disrespect the efforts and expertise of the huge teams behind the scenes? The before and after shots used in the promotional videos for the recent Apes’ movies make the process seem relatively straightforward.

But the creation of the apes does not only emerge from the actor’s performance but rather a lengthy process that begins well before filming commences. Motion capture is used for collecting kinetic (motion) data from objects and people. The data is captured from sensors that are placed on the face and body of the actor. And the animators who analyse the three-dimensional motion data must not only transform the actor’s captured dataset into a realistic ape but also somehow visualise the feelings and experiences of the actor that might have otherwise been lost in the transfer.

Human and ape faces and bodies are obviously biologically different and thus human movements cannot be simply mapped onto an ape. Rather, they are mediated by the VFX technicians moulding and realising the raw data. In addition to this, Andy Serkis and other ape actors including Steve Zahn (Bad Ape) and Karin Konoval (Maurice) have trained extensively to embody their characters’ ape physiology and movements. The animators and digital artists at studios aim to capture the spirit of the actor’s performance without taking it over, and so their work tends to get lost in their creation’s realism.

Yet, despite this complicated process, the actors behind the performances are not being recognised in the only way which seems to have real currency in Hollywood – awards. Serkis’ role as co-host of the nominations is a gesture that, perhaps, further confirms that he is unlikely to get his much-deserved awards glory.

Should there be a separate award for motion capture or digitally enhanced performances as part of the main ceremony, or do the less prominent Sci-Tech Awards provide a suitable space for recognising the intersection of technology and acting? Is there really a difference between motion capture and extensive make-up and costuming?

The acting awards recognise the skill of the men and women in leading roles while downplaying the input of all of those involved in creating the performance (screenwriters, directors, make-up artists, editors and the rest).

Surely the Oscars can find a way of truly recognising the VFX teams while also celebrating the unique contribution of the actors. Then perhaps Serkis will win an Oscar for his talents rather than being restricted to announcing other people’s awards.