Even a brief glimpse of Blade Runner 2049 takes you straight into Deckard’s world. Denis Villeneuve’s sequel to Ridley Scott’s sci-fi masterpiece gets the colour palette just right, perfectly capturing the tone of the original.

Achieving the look and feel of the original Blade Runner (1982) is essential because appearances, vision and eyes are key to both the experience and the story. 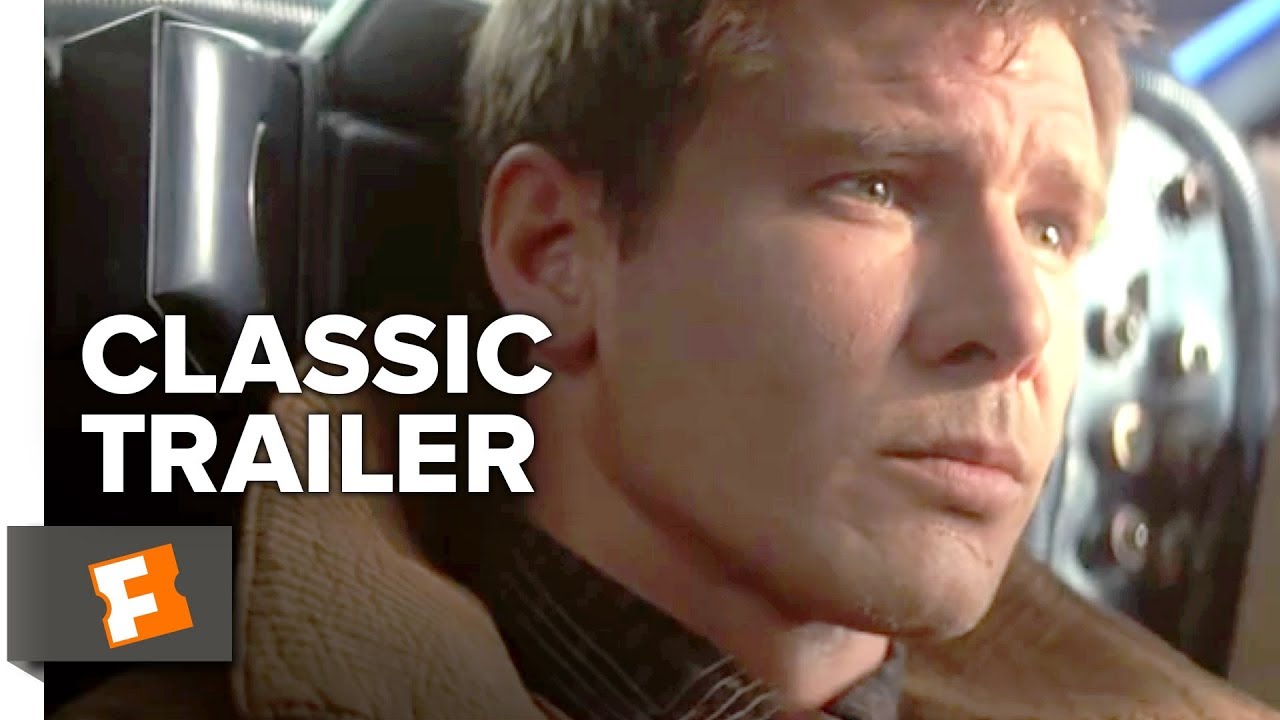 Blade Runner was ahead of the AI curve when it made sci-fi arguments about identity and philosophy a mainstream concern. Is Deckard a replicant? Do androids have souls? What makes us human? 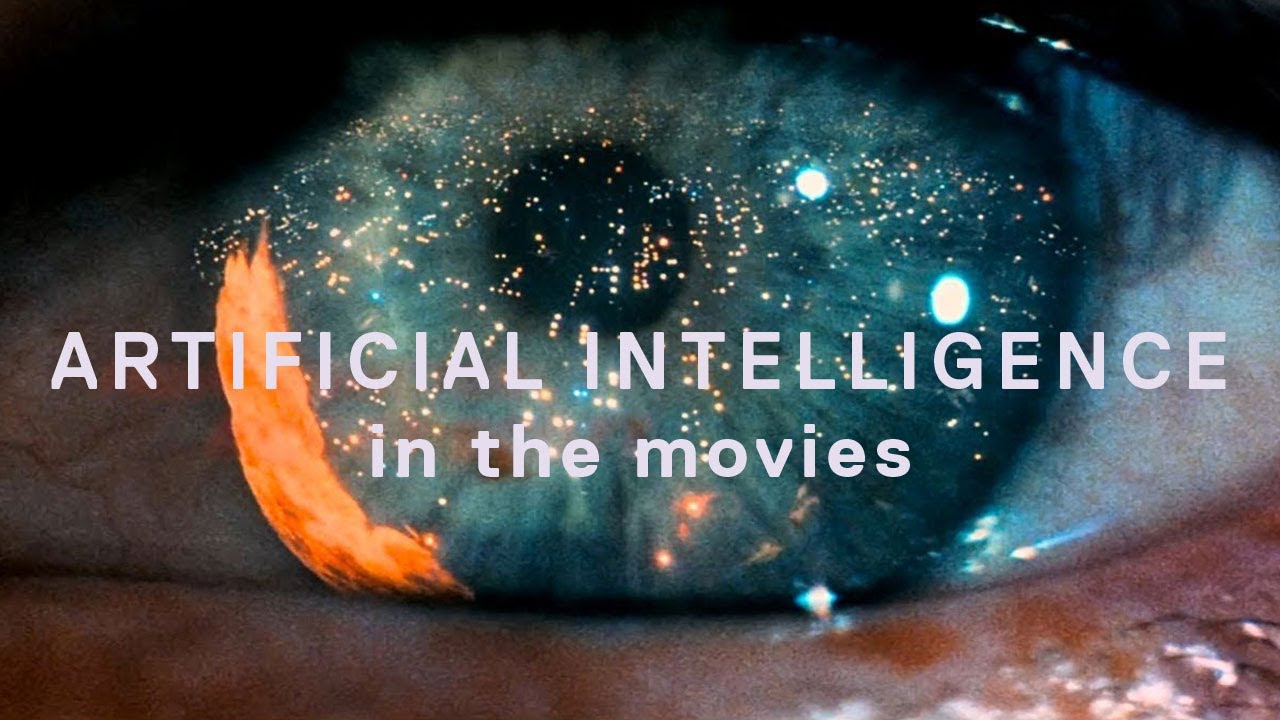 In the original, seeking answers was all about looking at the eyes. The film’s Voight-Kampff “empathy test”, used by the Blade Runners to identify replicants, now has its own special place in popular culture. The striking image of a glorious blue iris reflecting fire and light has become a cinematic icon; and Rutger Hauer’s emotional final lines when his character, Roy Batty, succumbs to death are a sublime moment in film history:

I’ve seen things you people wouldn’t believe. Attack ships on fire off the shoulder of Orion. I watched C-beams glitter in the dark near the Tannhäuser Gate. All those moments will be lost in time, like tears in rain. 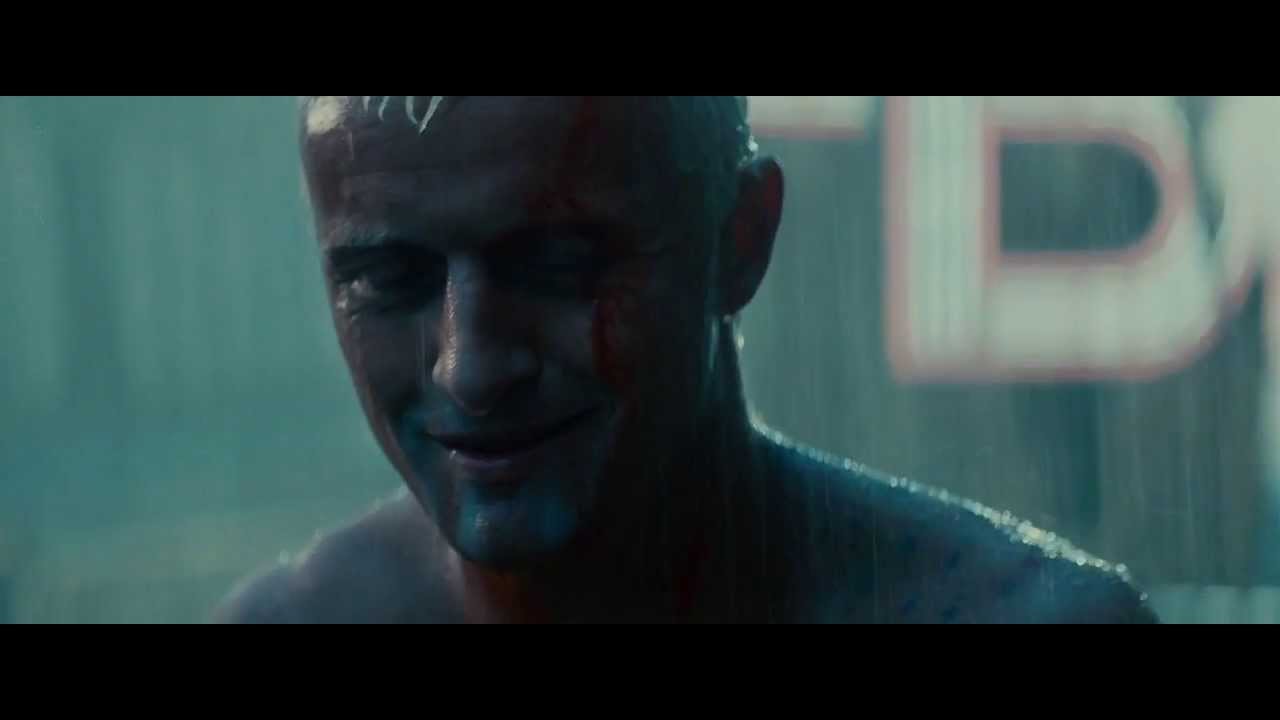 And now Blade Runner 2049 appears primed to expand the exploration of eyes and identity with mind-bending visuals. In the neon flashes and noirish glimmers, Jared Leto’s character, Niander Wallace, muses on the act of creating replicants like a blind god. His white irises have a sinister and mysterious beauty, but they also belie any sense of limitation caused by his lack of sight – even though he can’t see, he has the “vision” to create or end life.

David Bowie was actually Villeneuve’s first choice for the Niander Wallace role. Seen as an influence upon Blade Runner “in many ways”, the late singer was also well-known for his distinctive mismatched eyes that gave him an otherworldly persona – an affect Leto created in his own way with “custom made contact lenses that turned his eyes totally opaque”.

Cinema has often used eyes as a visual code for character and morality. Traditionally, damaged eyes tend to represent “baddies” and corruption – suggesting an off-kilter world seen in a dark and dangerous way. The vicious scar Donald Pleasence has around his right eye as a highly memorable Ernst Blofeld in You Only Live Twice (1967) helps to make him an enduring Bond villain.

The Oscar winning Chinatown (1974), meanwhile, is full of cracked lenses, broken glasses and other means of distorting vision – ending with the disturbing shot of Faye Dunaway, as Evelyn Mulwray, with her eye socket blown apart by a bullet.

And as Carl Fogarty in A History of Violence (2005), Ed Harris relishes showing his scar tissue to the camera as he recalls his eye being ripped out with barbed wire. 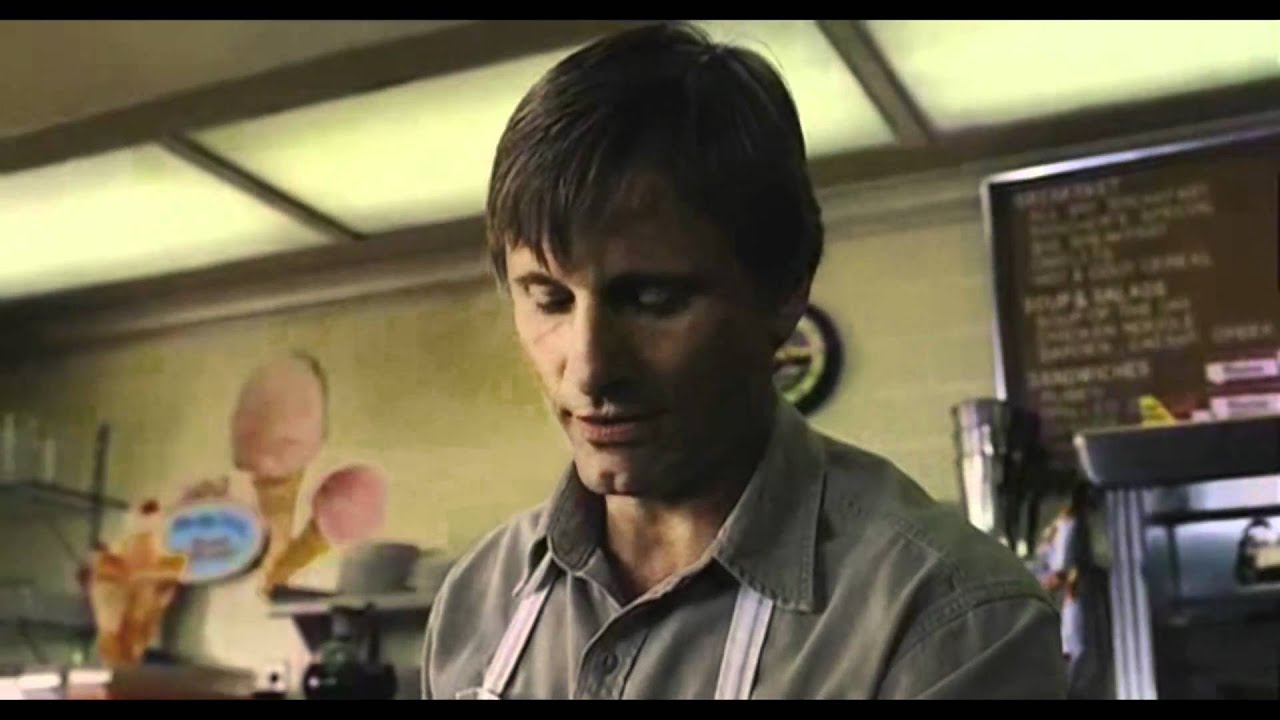 Cinema also has its fair share of “old crones” with cataracts setting curses (Drag Me to Hell); blind priests who have forsaken their faith (Father Spiletto in The Omen), and “mutants” with unusual eyes spying on unwitting victims (The Hills Have Eyes). 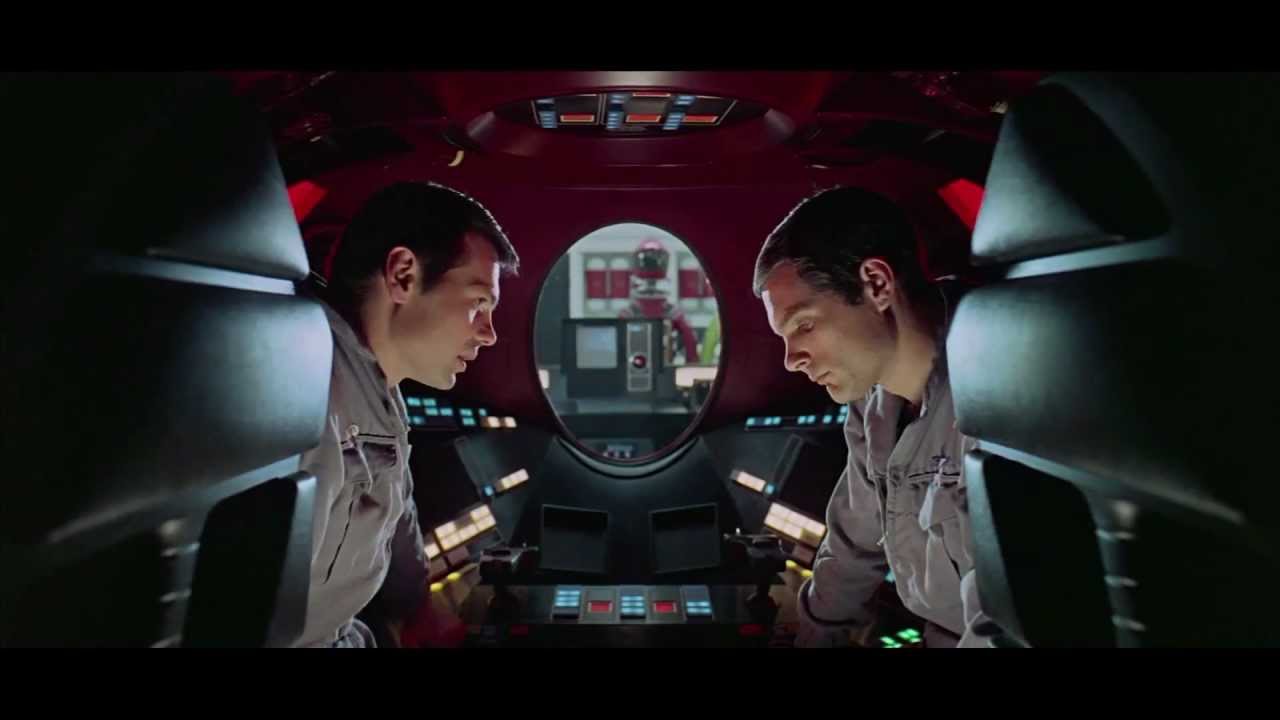 Computers and robots add a different twist to this psychopathology. The calm red lens of HAL 9000 in 2001: A Space Odyssey (1968); Yul Brenner’s blank metallic eyes in Westworld (1973), and the persistent red dot shining out of Arnie’s silver skull in the original Terminator (1984) all project fear through a sense of the uncanny.

If the thought of a non-human consciousness glimpsed through the eye as a “window to the soul” is consistently unnerving, it is because instead of a human connection there is something else there entirely: the terror and wonder of the unknown.

By contrast, heroes are more likely to benefit from enhanced vision. Christopher Reeve’s Superman (1978) famously has X-ray eyes, while Keanu Reeve’s “Neo” in The Matrix (1999) realises his destiny as “The One” only when he can visualise the code world and see how to change its rules from within. 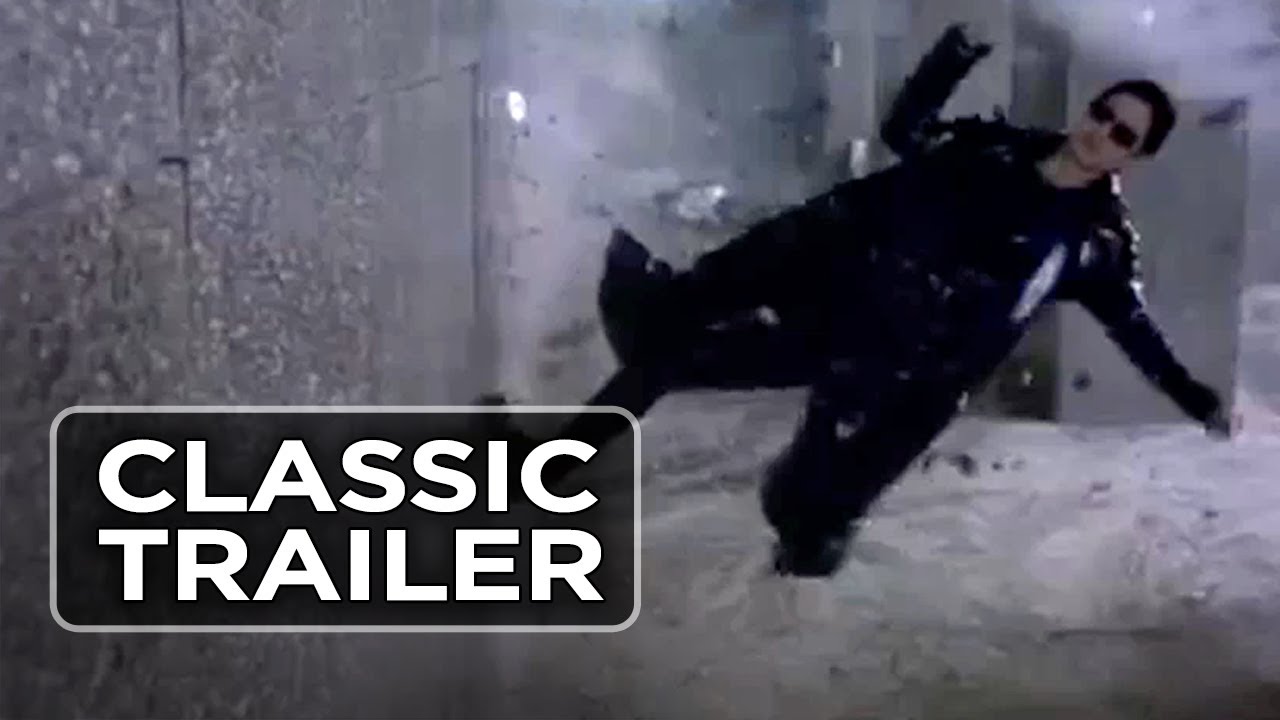 But our changing perception of eyes and how we see them is also visible onscreen. We now have popular blind superheroes like Daredevil, on film (2003) and TV (2015 onwards), and anti-heroes like Elliot in Mr Robot (2015 onwards) who “sees differently” due to a strange combination of dissociative identity disorder and next-level hacker skills. Rami Malek’s starring eyes, somewhere between the unblinking focus of a screen addict and the wide-eyed paranoia of a drug addict, add a mesmeric quality to his performance of Mr Robot’s complex persona.

Back in Deckard’s increasingly toxic world, it looks like Niander Wallace is set to become an iconic cinematic villain in a film already seen by some as a masterpiece. His cloudy eyes feel well suited to the shadowy undertones of Blade Runner 2049, while his ability to create artificial intelligence offer a dark vision of the future. However bleak an outlook Blade Runner 2049 might visualise, films that look as good as this make it hard to take your eyes off the screen – and offer a glimpse of our future.