Fictional vampires tend to reflect the politics of the times that produce them: “Because they are always changing, their appeal is dramatically generational,” says the late American scholar Nina Auerbach in her classic work of criticism Our Vampires, Ourselves. The figure of the vampire, she suggests, always tells us as much about ourselves as it does about vampires per se.

With this in mind, the first episode of the new adaptation of Dracula for the BBC and Netflix by Steven Moffat and Mark Gatiss is at first perplexing. Unlike Moffat’s previous, modernising adaptations of 19th-century fiction – Jekyll (2007) and Sherlock (2010-17) – the series returns to 1897, the year in which Bram Stoker published his novel.

The setting is high Gothic, featuring a crumbling, eastern European castle (Orava Castle in Slovakia) and a convent full of crucifix-toting nuns. Eschewing the sentimental romance of Francis Ford Coppola’s 1992 adaptation or the wildly successful Twilight franchise, Moffat and Gatiss appear – initially at least – to take us back to the horror of the original text. 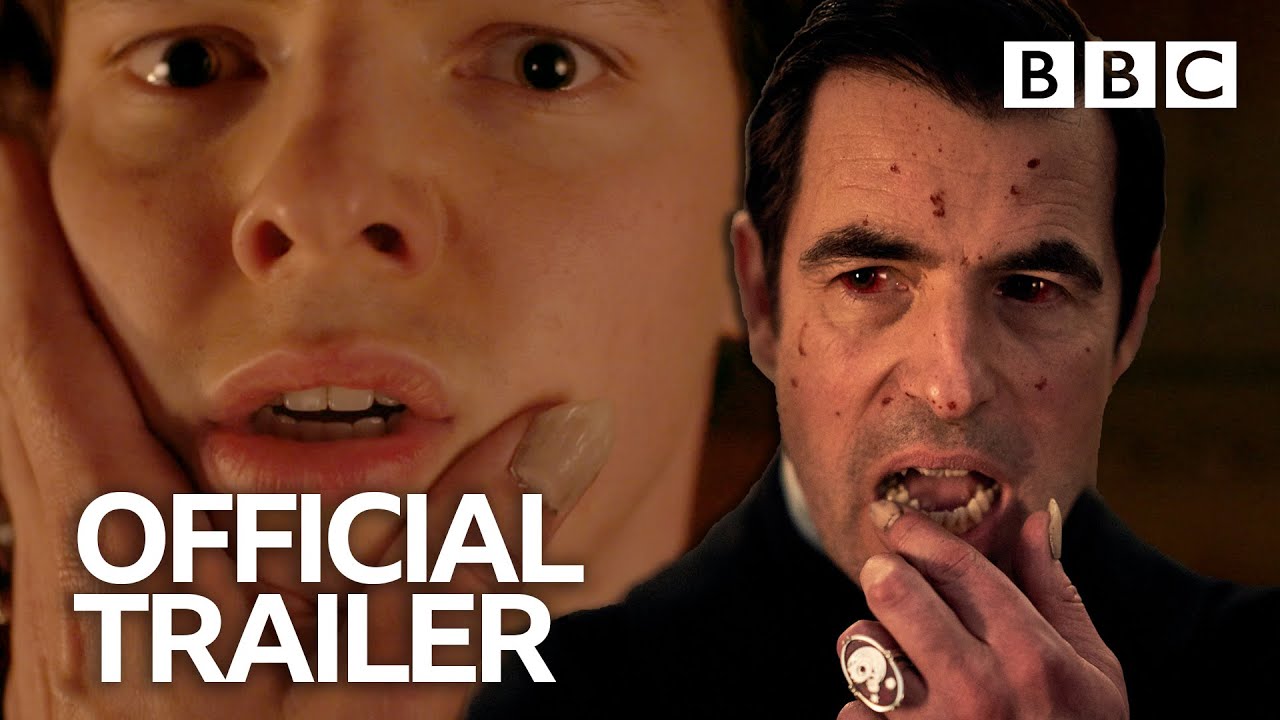 ut as the episode progresses the European setting becomes more than just spooky window dressing. One of the most famous arguments about the novel, first made by Stephen D. Arata, is that Dracula enacts “reverse colonisation” – Stoker’s vampire expresses the threat that imperialism might not be a one-way operation. From his home in eastern Europe, the count travels to Britain to buy up its real estate and add its women to his harem, bypassing the need for a passport or immigration documents and threatening British manhood in the process.

Seen in this light, Dracula offers a clear application to our times. In an article for The Guardian on “Brexit Gothic”, Neil McRobert points out:

When Nigel Farage expresses concern about Romanian men moving in next door, it makes one wonder if he has read Dracula – the story of a Romanian man who literally moves in beside some stuffy British people.

Moffat and Gatiss are too canny to give us a straightforward metaphor for Brexit – and yet there are clear nods to contemporary anxieties in the first episode. Dracula quizzes Jonathan Harker on English language and culture out of a desire to “pass among your countrymen as one of their own”. He will be the good immigrant who assimilates, who blends invisibly with the host culture. There is a moment of discomfort, however, as he promises to “absorb” Harker – this immigrant is a parasite who feeds off its host.

There is no direct correlation with itinerant agricultural workers, however, as Dracula seeks to infiltrate the highest echelons of society. In a warped version of late 19th-century eugenics, we discover that Dracula’s choosiness about his victims is the secret to his vampiric success – consuming only the blood of the best enables him to retain his human qualities. Hence his appetite for the British Empire. “Vampires go where power is,” says Auerbach. “You are what you eat,” quips Claes Bang’s Dracula.

Moreover, this is a tale of two Europeans. Sister Agatha, the Dutch nun who questions Harker after his escape from Dracula’s castle (a significantly expanded role from the book, played with exquisite exasperation by Dolly Wells), scoffs at Jonathan’s English masculinity when he fails to realise the incongruity of a secret message written to him in English in a Transylvanian castle: “Of course not! You are an Englishman! A combination of presumptions beyond compare.” British exceptionalism looks set to take a tumble as Dracula reaches England in the second instalment.

The episode displays the acute self-aware characteristic of vampire films, which are what Ken Gelder calls “citational”, constantly referring to previous examples of the genre. There are multiple moments when viewers anticipating romance have their expectations rudely shattered. Twilight in particular comes in for some sharp debunking, with Mina playing the role of Twilight’s heroine Bella, appealing to her lover’s higher moral fibre and coming in for a shock as she discovers that true love does not trump bloodlust after all. Instead of Twilight’s lingering shots of gleaming male torsos we get intimate body horror in excruciating close up – a fly crawling across an eyeball, a blackened nail flaking off a finger.

One of the most striking features of Moffat and Gatiss’s adaptation is its humour. Comedy has always been a crucial element of Gothic literature, which continually teeters between terror and laughter. “King Laugh,” a metaphorical figure invented by Professor Van Helsing in Bram Stoker’s novel to explain his own hysterics, is a version of death, leading the characters in a kind of danse macabre. The novel exhibits black humour in the character of the lunatic Renfield, in particular, who calculates how many lives he can consume, starting by eating flies and trading up the food chain.

As I argued in my recent book, Post-Millennial Gothic, a distinguishing characteristic of contemporary vampires is their increasing comic agency. The first self-conscious vampire joke is the iconic one-liner first spoken by Bela Lugosi in Tod Browning’s classic 1931 film: “I never drink … wine.” Moffat and Gatiss get this out of the way in the first few minutes – and even add a callback later in the episode.

There are more zingers to come as Bang quips his way across Europe like an infernal James Bond. When Harker spots him with a glass and queries that he never drinks, I almost expected him to clarify: “Shaken, not stirred.”

The comparison between Dracula and Bond is not a casual one. Bond props up a crumbling British Empire – Dracula aims to infiltrate it and use it to his own ends. They emerge from the same social and historical concerns, two sides of the same coin. Both reflect us back in multiple ways, and neither offers a flattering picture.