At the end of the Harry Potter fantasy prequel, Fantastic Beasts and Where to Find Them, we find out about the dark wizard Grindelwald as well as his plan to expose the magical community to the wider, non-magical world. In the next instalment, The Crimes of Grindelwald, the wizard escapes from captivity and begins his campaign to take the wizards out of hiding and into the ascendancy. His actions threaten to disrupt the secrecy about magic that ensures the safety of both the magical and non-magical populations.

Like the evil Lord Voldemort and his Death Eaters in the Harry Potter books and films, Grindelwald and his followers resemble a secular version of a coven with Grindelwald fulfilling the role of the devil. His followers must swear their loyalty and do his bidding. In secret meetings, they plot to overthrow society as we know it. 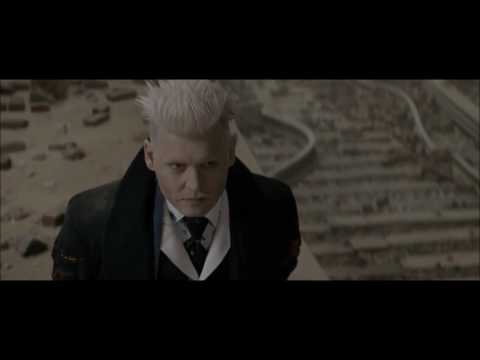 Perhaps because the wizarding world of JK Rowling is intended for family entertainment, few details are provided about the activities at these meetings – but it is clear that Voldemort and his Death Eaters have no qualms about tormenting muggles (non-wizards) and wizards who aren’t pure-blooded for amusement as well as to further their plans. We don’t know that much about Grindelwald yet except that he was expelled from Durmstrang – a wizarding school known for its tolerance of the “Dark Arts” – for conducting “twisted experiments”.

Throughout late medieval and early modern Europe, it was increasingly believed that witches met in secret to engage in dark rites and to plot society’s downfall. In the early 14th century, Alice Kyteler, a moneylender in Kilkenny, Ireland, was accused of using witchcraft to first infatuate and then murder her four husbands. She and her accomplices would supposedly meet at night to renounce their Christian faith and make potions in the skull of a decapitated robber, using ingredients such as worms, fingernails and hairs from dead bodies, as well as clothing from unbaptised children. Kyteler’s trial is notable for the way it treats witchcraft as a serious act of heresy rather than a petty secular crime. Kyteler herself managed to escape punishment by fleeing Ireland, but her servant Petronilla was tortured and later executed.

A century later, Johannes Nider described in the Formicarius how witches met in secret in the presence of a demon to reject Christianity. Nider described how witches’ curses caused the death of infants who were then stolen from their graves to be cooked in a cauldron and made into potions. The Formicarius in turn was an important source for the Malleus Maleficarum (the Hammer of Witches), which was written in 1486 by Heinrich Kramer and Jacob Sprenger and first published in Germany in 1487 – just in time to take advantage of the invention of the printing press. It was reprinted multiple times.

As time passed, the depictions of these secret meetings – or Sabbaths – became increasingly extreme, with the witches meeting to perform unspeakable rituals and obscene sexual acts. In 1612, Pierre de Lancre, a French magistrate and witch-hunter, describes hearing confessions by accused witches of attending Sabbaths presided over by devils.

After kissing the master’s backside, they would dance naked and then couple with demons and with each other. Artistic depictions of these dark rites also became increasingly extravagant. Witchcraft was seen as a growing threat to Christendom, justifying countless trials and executions.

In this way, villains such as Grindelwald and Voldemort reflect contemporary concerns about social justice. They seek to produce a society that would be less tolerant and inclusive – and yet their beliefs are actually more extreme versions of prejudices held more widely in the world of wizards. Destroying the villain does not destroy that which we fear because it is so deeply embedded in society and often within ourselves.

There is little evidence to suggest that there is any truth to these centuries-old accusations, rather they serve as dark fantasies of human society’s deepest anxieties. Throughout history we have projected our worst fears onto our perceived enemies, imagining how they plot in secret together to overthrow everything that we hold most dear – whether it is the established social order, religious faith, or values such as mutual respect and tolerance.