Time flies, as they say, but sometimes not in the direction we would wish. That is very much the premise of Years and Years, Russell T Davies’ dystopian TV drama which has just debuted in the US after ending its six-part run on BBC One in the UK.

For those who haven’t seen it, the drama follows the ups and downs of the Lyons family: gran (Anne Reid) presides over a brood of four grown-up grandchildren, their partners and assorted offspring. We start in 2019 and chart these people’s lives over the next 15 years – while glimpsing our own futures, too.

Births, marriages and deaths; couplings and break-ups; triumphs and tragedies – the indomitable “British Lyons” experience them all, always against the backdrop of a UK and wider world spiralling into ever greater turmoil.

Years and Years squarely fits the truism that the best science fiction is an indirect meditation upon our own present and past. The Lyons live through a heightened national mood of anti-immigration that is making life hostile for refugees; a banking crisis that presages economic austerity and enforced impoverishment for millions; technology that is stealing everyone’s children away from them; and a climate crisis in which sections of the UK are consistently flooding.

Alongside this is the irresistible rise of Vivienne Rook, a populist politician of the far right, played to unsettling effect by Emma Thompson. The drama skilfully charts how she rises to “national character” status by baiting controversy on programmes like BBC Question Time and Have I Got News For You?, before gaining election to parliament on a wave of anti-establishment fury. She exploits and exacerbates each successive crisis before finally capturing Number 10, and ushering in a new era of authoritarian rule. 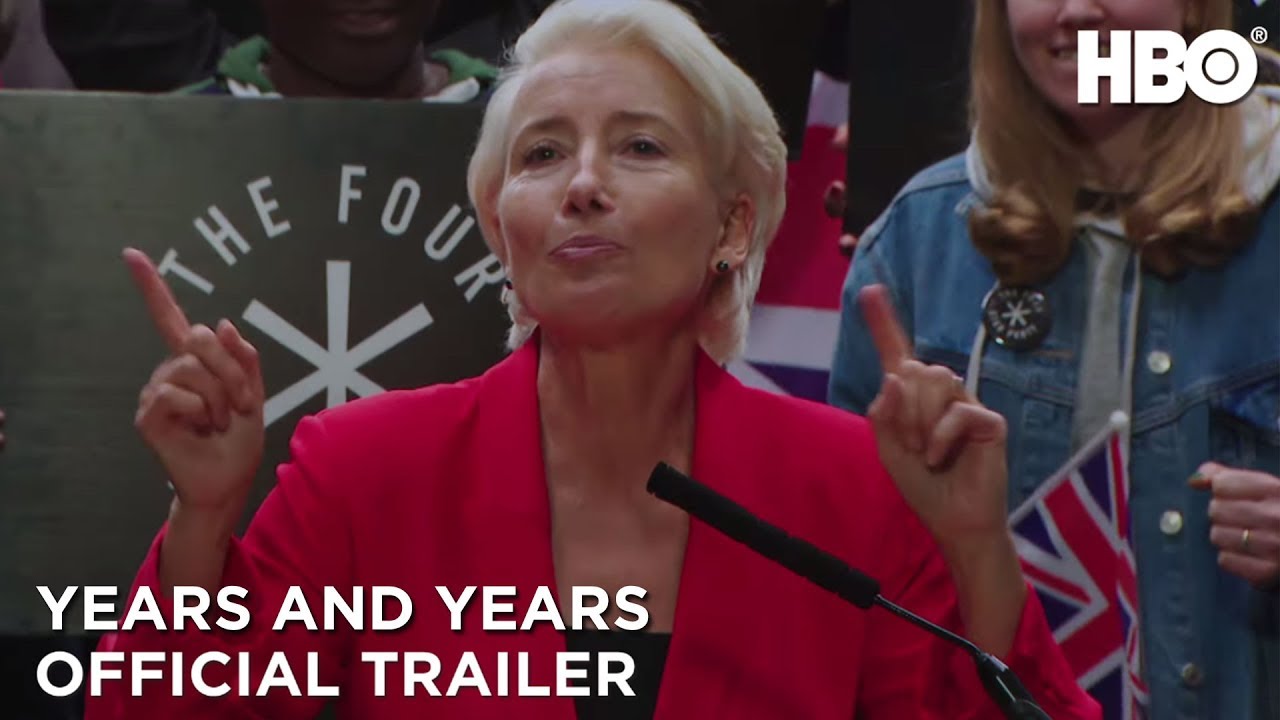 That the final broadcast episode of Years and Years in the UK was immediately preceded by an impromptu BBC Conservative leadership election debate called Our Next Prime Minister must have had Davies and his production team cackling with glee – not least given the prominence in the race of Boris Johnson, one of the new breed of media-made politicians upon which Rook was clearly modelled.

Years and Years belongs to the same great warning tradition as works by George Orwell (Nineteen Eighty-Four, Animal Farm) and Sinclair Lewis (It Can’t Happen Here). Davies is saying that it very much “can happen here”; that far from being immune by virtue of geography or national temperament, the breeding conditions for fascism exist in the UK here and now. The chaotic conditions of the 1930s, which led to the rise of Hitler, have a 21st century mirror.

The elder Lyons brother, Stephen (Rory Kinnear), becomes the mouthpiece for those like Davies who were born into the more stable post-war era and are unsettled about the current direction:

Davies is also a product of growing up with post-war British television, and Years and Years is steeped in references to old programme classics. Like the 1950s sitcom, it is quite literally Life with the Lyons. Its depiction of civil breakdown nods to the great early dystopian TV science fiction of writer Nigel Kneale and director Rudolph Cartier with their Quatermass BBC serials of the 1950s and famous 1954 BBC adaptation of Orwell’s Nineteen Eighty-Four.

I can see why members of the Years and Years cast have described the drama as “Our Friends in the North meets Black Mirror”. Our Friends in the North, the nine-part 1996 epic by Peter Flannery, traced a group of Newcastle friends against the backdrop of successive national and political crises from 1964 to 1995. Years and Years achieves something similar but using the future rather than the past, while echoing Black Mirror’s hit exploration of dystopian fears surrounding digital technology.

Then there is the Bomb, which drops at the end of Years and Years’ first episode. The scenes of the Lyons panicking as sirens wail and the four-minute warning broadcasts across all channels must have come as a profound shock to many viewers. We are no longer used to seeing such contemporary dramatisations of nuclear warfare on TV, but we should be: the Doomsday Clock, scientists’ prediction of the likelihood of global catastrophe, is now only two minutes to midnight, the closest yet to apocalypse.

Davies depicts Donald Trump casually loosing off a nuclear weapon against China on the eve of stepping down as US president in 2024. This is strongly reminiscent of Peter Watkins’ famous 1965 film, The War Game, which imagined a devastating nuclear strike on the UK after US President Lyndon Johnson used such missiles as payback for Chinese aggression in South Vietnam.

Watkins’ naming of a sitting US president in his own futuristic scenario was a key reason The War Game was notoriously banned by the BBC from television screens in 1965 in active consultation with the government. It is a measure of our wearier, more cynical times that Davies and his production team have managed to evoke Trump in this context with almost no protest. 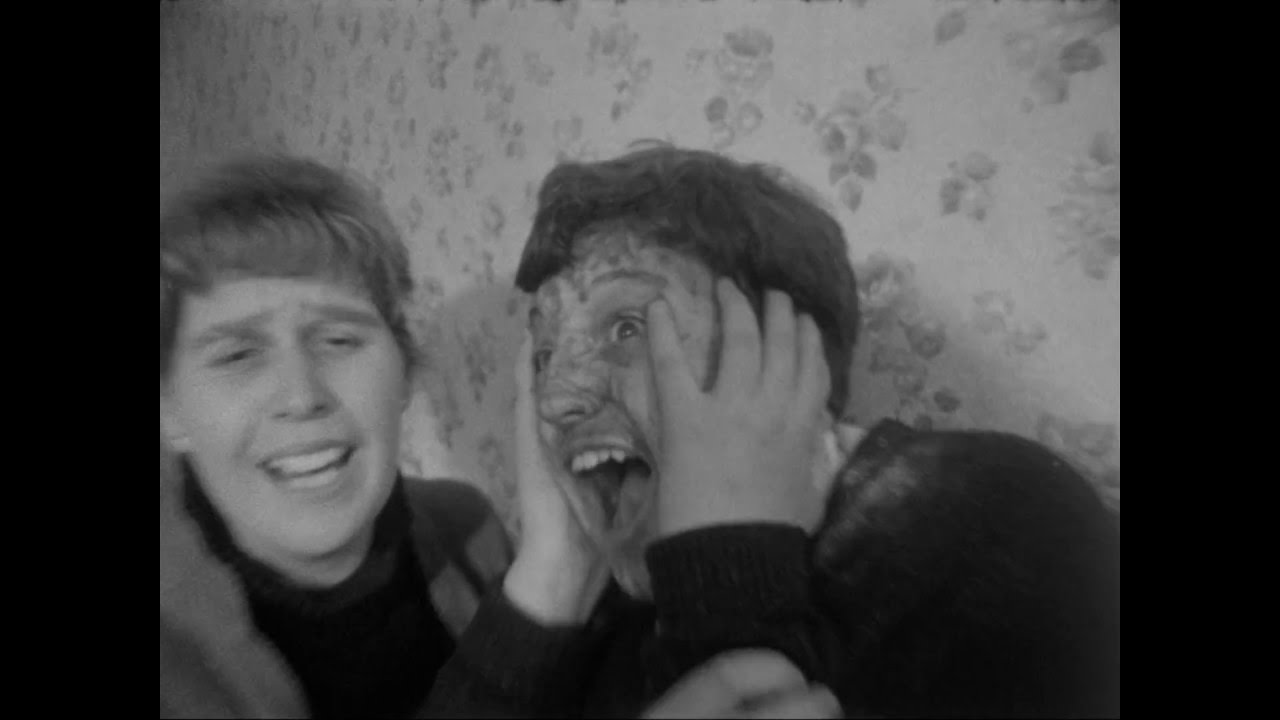 Davies has himself cited The War Game in relation to Years and Years, and indeed there is a little nod to this in episode one: the school which some of the Lyons kids attend is called Heber Watkins Lower School. Heber is a word sometimes used in Islam to denote “prophet”, which seems to be implying that Watkins was far ahead of his time.

Years and Years did not do well in the UK ratings on initial broadcast, consistently beaten by Brian Cox’s astronomy series The Planets – despite the latter being on the more niche BBC Two. With our own world going through such troubled times, perhaps many of us prefer to look to the stars for our entertainment rather than ponder depressing depictions of where we might be heading down here on Earth.

But Davies’ drama certainly deserves to be viewed. It looks forwards to deliver a bleak critique on where we have just been. And who knows, if that renowned television watcher in the White House were to catch an episode or two during its current US broadcast, there is even maybe an outside chance that it might have a positive impact on history.