Xan Brooks said Tom Hardy’s Bane sounded like “Marlon Brando, down a well-shaft, gargling from a jerry-can” in his Guardian review of The Dark Knight Rises this week, yet we reckon the bloke deserves a lot of credit for stepping into the Heath Ledger’s mahoosive Batman-villain shoes and doing a decent job. As such, we’re celebrating the British actor’s menacing performance (“What are you?!?! .. I’m Gotham’s reckoning”) in Christopher Nolan’s epic finale by taking a look back at his back-story. Yup, it’s Tom Hardy: Origins..

The Dark Knight Rises is in cinemas now..

Star Trek: Nemesis (2002)
In this scene from Star Trek Nemesis, Tom Hardy plays Shinzon, a Romulun clone of Jean-Luc Picard. Ignore the fact that he looks like Edward Furlong in American History X dressed in one of Lady Gaga’s costumes, and you can see why he was nominated for the Saturn Award for best supporting actor. 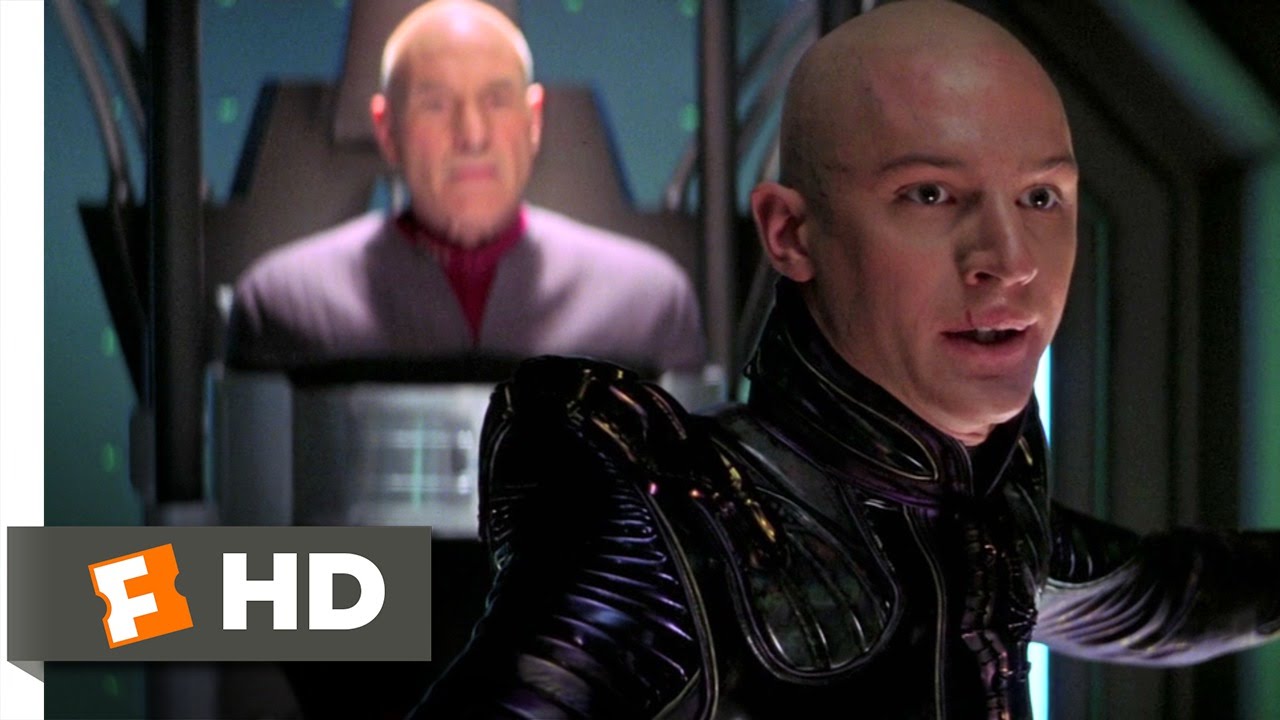 Layer Cake (2004)
It’s now 2004, and Hardy teams up with Daniel ‘Bond’ Craig in Brit-crime flick Layer Cake, a cocaine and Range Rover thriller. In that regard, it’s a bit like Made In Chelsea, except grittier. Ooof.

Bronson (2008)
Four years and 19 kilograms of lean muscle later, Hardy returns with Bronson. Playing Britain’s most infamous inmate with psychotic glee, complete with moustache and weight lifting belt. It’s a fantastic performance which earned him the BIFA award for best actor and quite deservedly too. If you haven’t seen it, you’re really missing out. Here’s a clip from the film, and I feel obligated to warn you – it’s very, very loud.

Warrior (2011)
Last year Hardy starred as a furious and lethal UFC fighter, playing the perfect foil to his on-screen brother Joel Edgerton. It’s a film which

After The Dark Knight Rises, you can see him in this year’s Lawless, written by Nick Cave (of Bad Seeds fame) and featuring Gary Oldman, who worked with Hardy in Batman and Tinker Tailor Solider Spy. After that, he’ll be playing wasteland wanderer (Mad) Max Rockatansky in 2013’s Mad Max: Fury Road which is currently in pre-production. If they’re as good as his previous films, we’ve got a lot to look forward to..

The Dark Knight Rises takes a record-breaking £1million in pre-sales at London IMAX.

The Diary Of Simon Cowell